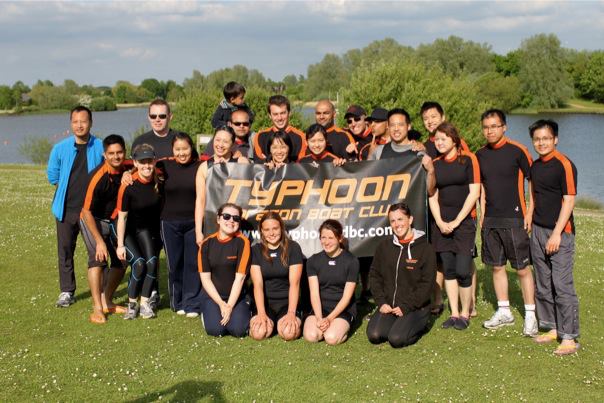 In 2003, a group of friends came together primarily for a one-off charity event. At the London Lions China Town event Typhoon Tigers had our first taste of success and it spurred us on to our collective team spirit enjoying the adrenalin rush of racing. The team continued to enter further charity events.

Following the cancellation of the final charity race of 2005, and so as not to lose weeks of training, the Club entered into the British Dragonboat Racing Association National League. This was an awakening to the team who at that point, were top of the charity rankingsâ€¦ but not so on the National League.

With this whole new world opened to us, we built a core squad that paddled and trained together for the next two years. The Club, inspired to compete successfully on the national front, dedicated themselves to a training regime that focused not only on the technical and endurance aspects of the sport but also on the collective team work.

In 2007 the Club was rewarded for their efforts (months of winter training) and crowned the Standard National League Champions, with guaranteed promotion to the Premier League for 2008 along with being the first crew to receive the impressive new BDA perpetual trophy (Most Improved Team Award) sponsored by Three River Serpents.

Having reached Premier League entry, the Club’s paddling interests were not purely focussed on competing successfully nationally. The Club created a second team to follow in their footsteps and maintain a presence in London’s charity dragonboat community. Hurricane Tigers was dedicated to competing in up to six charity events each year.

Sponsorship from SeeWoo during these four years significantly contributed to our Clubâ€™s continued growth and phenomenal success.

Our second team, Hurricane Tigers also outgrew the charity circuit in two years and entered the BDA National League as a Standard League crew. In 2010, Typhoon Dragonboat Club also entered a Scratch Crew alongside the Premier and Standard crews at a London BDA event.

This site uses Akismet to reduce spam. Learn how your comment data is processed.

Get Articles via Email